Matthew Hoggard on *that innings* at Trent Bridge in 2005

We have moved on to Part Two of “Hoggy’s Mini-Series” where Venatour’s Cricket Ambassador Matthew “Hoggy” Hoggard will be looking back at some of the biggest moments from his career.

This week we discuss the incredible finishes at Edgbaston and Trent Bridge in the iconic 2005 Ashes series.

With a series win against the West Indies, followed up with an incredible victory in the first Test Match against Pakistan, England have found a never-say-die attitude and no game is lost until the very last ball. We saw this in the World Cup Final and The Ashes in 2019. Let’s hope it continues for The Ashes and Caribbean tours too!

Don’t forget, Hoggy will be joining us down under for The Ashes 2021-22 and our tour to the Windies in 2022, both mouth-watering contests. 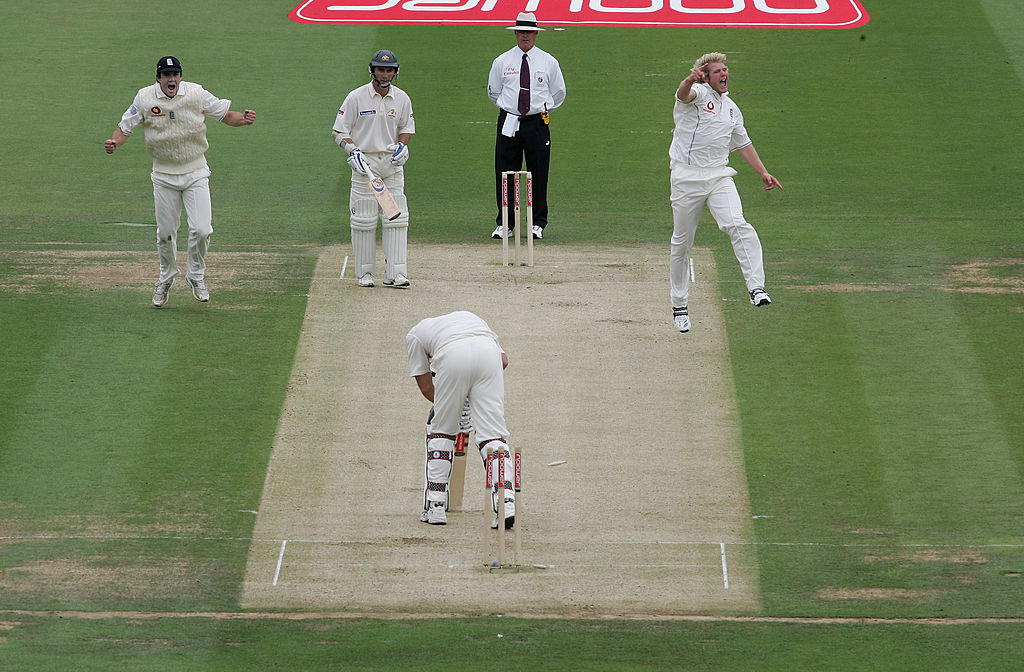 Q3. During the 2005 Ashes series, a lot was made of your contest with Matthew Hayden. Are you still in touch with him and do you get to remind him of the success you had against him during that series?

I was lucky enough to get Matthew Hayden out a few times in that series, but I don’t keep in contact with any of the opposition to be fair. I might share an odd tweet here or there or a ‘how’s it going mate’. You never brag about the success you had against each other, you might take the p**s occasionally but generally it’s well forgotten, it was many moons ago! 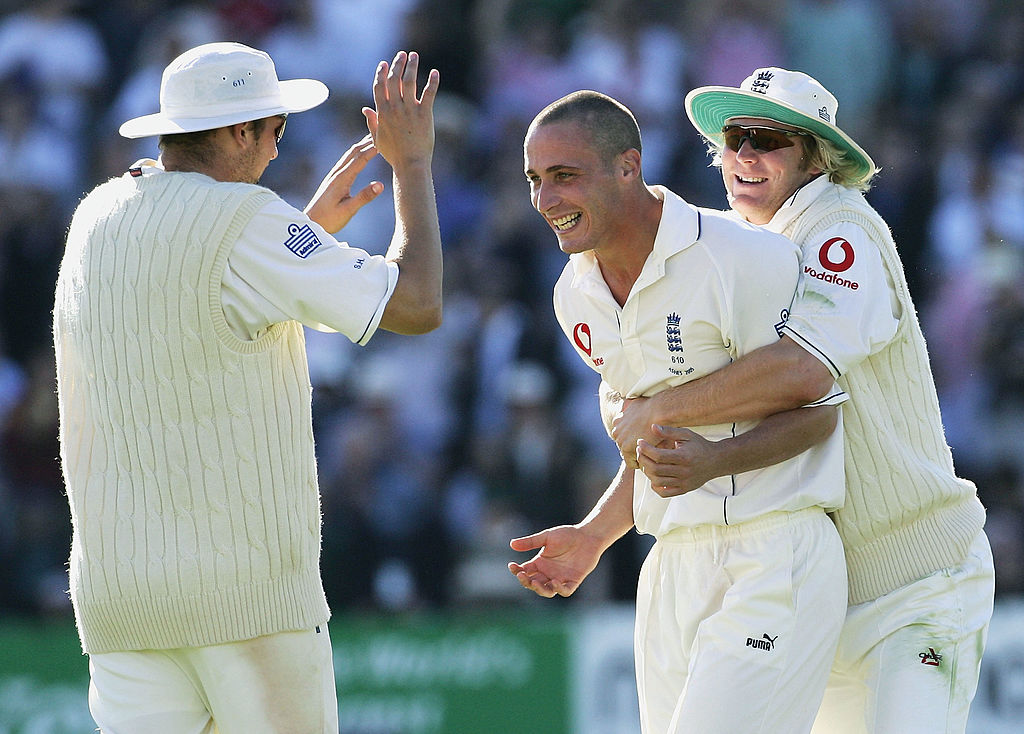 Q4. During the latter stages of the Edgbaston test, did you maintain belief right until the end or did you fear the worst as soon as things got close? Also, were you praying the ball came nowhere near you as the target got down to single figures or was it a case of wanting the nod from Michael Vaughan to say it was over to you to have a bowl?

As I mentioned before, no. I thought our chances had gone when Simon Jones had dropped the catch at third man. All I could think of at that point was that he was going to be blamed for losing the Ashes, he’s going to be the guy that dropped the Ashes even though it was a hard catch.

Michael Vaughan asked me to warm up at one point when they only needed 12 runs to win and it’s safe to say I was crapping it. Thankfully I didn’t have to bowl in the end!

It was an amazing test match and to win by the narrowest of margins at the end was unbelievable and it set the test series alight after our mishap at Lord’s. 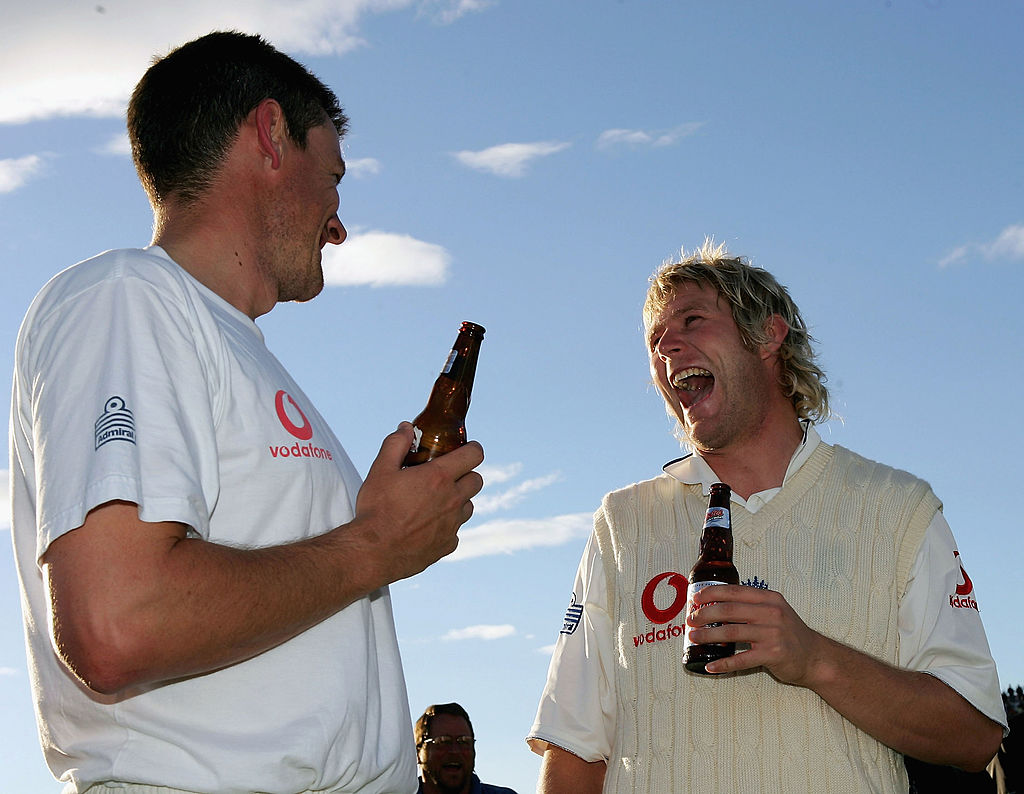 Q5. What was going through your mind as you walked out to bat at Trent Bridge needing only 12 to win? Was there much of a conversation between yourself and Ashley Giles when you met in the middle?

We only needed 128 to win at the start of the innings so I knew there was going to be a twist in the tale. I was expecting that we would mess it up at some point. I was hiding in the physio’s room not watching any of the cricket as I was absolutely sh*****g myself!

As the wickets started to fall that feeling got progressively worse. When Geraint Jones tried to smash Shane Warne back into Nottingham, I nearly punched him on the way off! I was physically shaking putting my helmet on and still was as I went down the steps and through the crowd.

I know it’s an old cliché but when I stood on the grass everything slowed down. I didn’t have to watch anyone else, it was in my hands. I thought to myself ‘this is why we play sport, for moments like this. This is why you put in all the hard yards, this is a fantastic opportunity to go out and make history’.

I walked to the middle a little bit less scared, thinking you know what, it’s only 12 runs, I can edge 12. I got to Ashely Giles (who’s a very sensible character). ‘Alright Gilo?’, he responded with ‘No, Brett Lee is bowling f*****g fast and Shane Warne is turning it yards!’

So, my nerves came back fairly quickly.

Like with all senior players you look for them to take control and that’s exactly what Gilo did. He said, ‘you know what Hoggy, I’m not going to lie to you it is tricky out here but here is what we are going to do. Shane Warne is fairly difficult to play so I’ll stay down his end and you can have Brett Lee.’

I thought about that for a split second. So he’s going to sit at the spinner’s end and I’m going to have to face the 90/100mph bowler? What a load of rubbish. But that’s exactly what happened. He stayed down at Warne’s end and I had Lee. He was either trying to kill me with his bouncers or bowl me yorkers.

Thankfully, he got one of his yorkers wrong and bowled me a full toss outside off stump which I absolutely plinked through the covers. If it hadn’t had been for the fans blowing it over the rope, I’m not sure it would have reached the boundary. Vaughany nearly fell off the balcony at that point because he had been playing cricket with me for 10 years and never seen me hit a cover drive.

We scored the 12 runs to win the Test and it was a beautiful feeling walking off.

What a Cricket Tour is REALLY Like with Matthew HoggardAshes, Cricket