Hello to you all, we hope you are well and like us, very excited to see cricket return!

It’s all a lot different with both England and the West Indies in a “bio-bubble” and the lack of crowds at the grounds, but the fact that Test Cricket has returned is a victory in itself!

It was great to see England bounce back from their defeat in the first Test to secure an incredible victory at Old Trafford yesterday. It sets up an exciting deciding game at the same ground starting on Friday.

We have run out of superlatives for Ben Stokes. Arguably the best player in the world right now and could well be the difference down-under in The Ashes!

Over the next few weeks, we will be carrying on our Mini-Series season with our Cricket Ambassador Matthew “Hoggy” Hoggard who will be looking back at some of the biggest moments from his career, including the incredible Ashes series victory in 2005 which captured the nation.

Hoggy will be joining us down under for The Ashes 2021-22 and our tour to the Windies in 2022, both mouth-watering contests.

Stay safe, stay well, and we look forward to seeing you all soon! 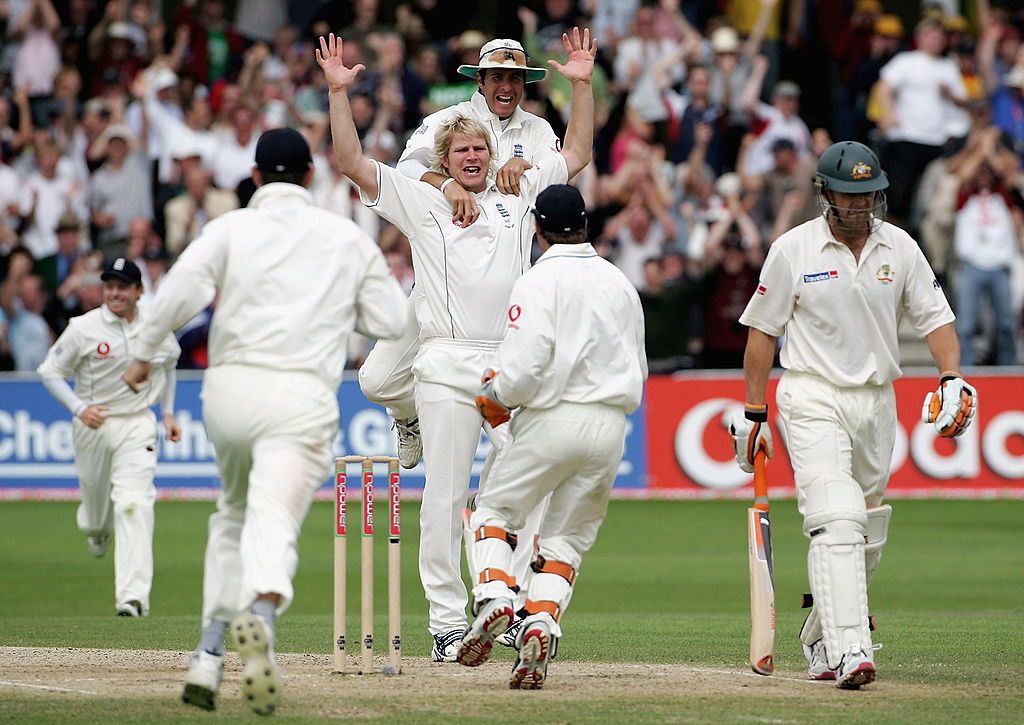 Q1. At what point did you begin to realise that the Ashes series in 2005 was going to be slightly different to every other series you had been involved in previously? Was there a moment that stands out when you saw just how much it was grabbing the public’s attention?

In 2004 we had a fantastic year. We had gone unbeaten throughout the year and had a settled side, but we always knew that the Australians would be a different kettle of fish because they had been so dominant in the late 90s and early 00s. We knew we were the best two sides in the world at that point and coming together at Lord’s we thought that we’d have a fantastic chance to win the series.

We didn’t fair too well at Lords, where we were beaten by 165 runs or so.  We regathered at Edgbaston, where Michael Vaughan, our captain, told us to go out with a more positive mindset and not to go into our shell. That’s exactly what we did. We scored 400 runs on the first day of the test after Ricky Pointing made the stupid decision to bowl first after Glenn McGrath had stood on the ball in the warm up and was ruled out of the Test. After getting the Aussies into the position where they needed about 110 runs with only a couple of wickets left, we thought we were in a brilliant place to go on and win the game. Simon Jones then dropped a catch down at third man when we only needed one wicket to win. It was at that point I thought our chance of winning that match and the Ashes series had gone as they were getting closer and closer to the target.

When they were three away Brett Lee creamed a cover drive off Steve Harmison out to the cover boundary and I thought it was a four from where I was fielding but Vaughan had left a fielder out there, so it was only one. The next ball Kasprowicz gloved it down the leg side and we’d won the game by two runs! It was a massive relief to go one-all in the series.

The enormity of just how much the series had captured the public was at Old Trafford.

We had already played four days of the test and were on top, needing to bowl Australia out on the last day to go 2-1 up in the series. It took us an eternity to get into the ground from the hotel and it was packed everywhere we went. I remember thinking ‘why on earth haven’t they just opened up the gates and let everyone in to alleviate the crowd outside.’ They already had and the ground was full at 09:30am! There were 10,000 people without tickets trying to get into Old Trafford and that never happens at a cricket ground.

In the end, Ricky Pointing played a fantastic captain’s knock to save the game for Australia.

After the game had finished and we hadn’t managed to win, Michael Vaughan got us all together on the pitch and he pointed to the Aussie dressing room as he could see that we were gutted that we hadn’t won the Test Match. Our heads had dropped. He looked up at the dressing room and said, ‘have you seen how they are celebrating a draw against England?’. Australia were high-fiving, hugging and kissing like they had won the game and they had only drawn it. He reminded us that they were talking about a 5-0 whitewash when they first go to these shores and here they were celebrating a draw against us. ​

To me, that was a massive turning point psychologically in that series. The myth and aura of the Australians just went up in a cloud of smoke. They were just 11 guys with the same frailties as us and it was at that point that I really thought that we can go on and win the series. 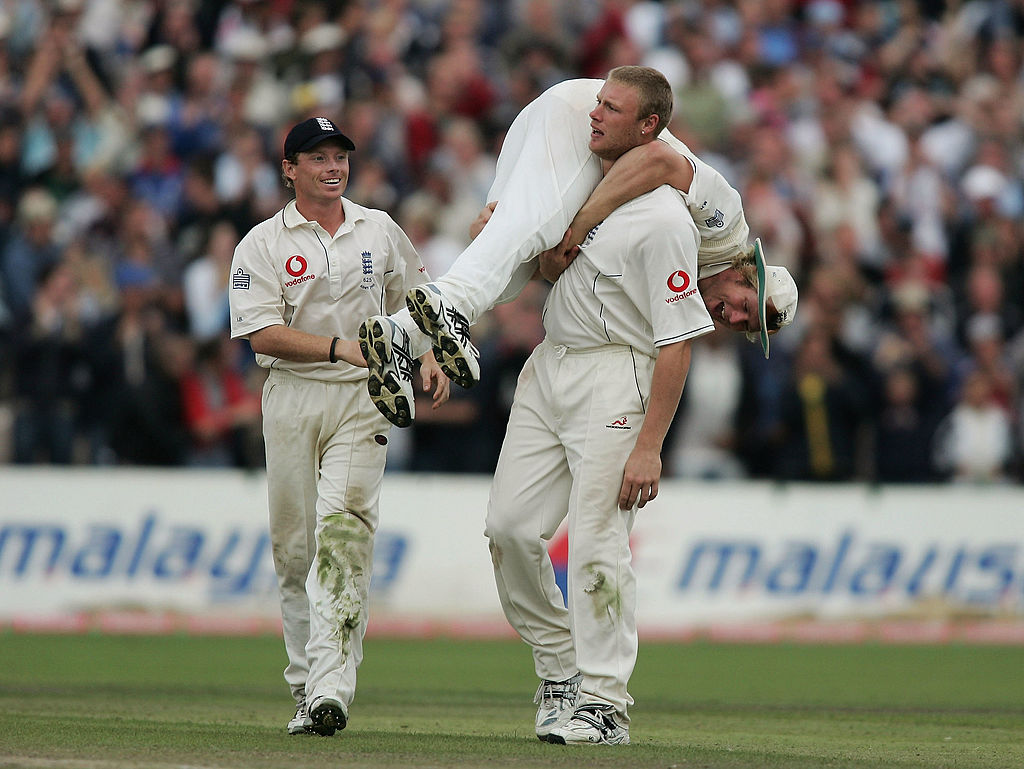 Q2. The Aussies had a very solid batting line up during that series, was there any one batsman that you focused on and targeted more than the others?

No. We knew perfectly well that they were very capable all the way down to Brett Lee and Jason Gillespie (he’s scored a Test double-hundred). That only left Glenn McGrath.

They batted very deep and we knew that we had to take 20 wickets to win a test match so that was our sole focus. We just tried to bowl our best ball every time.

The best thing about 2005 was the variety of the bowling attack and how we all challenged the batsmen in different ways. Steve Harmison was tall, bouncy and fast. Me: short, skiddy and swung it. Simon Jones at the height of his powers was horrible to face: really quick (90mph+) and reverse swung it both ways. Then there was Freddie, who was also horrendous to face and at the top of his powers in that series. Ashley Giles was the unsung hero as our fifth member, so we all challenged the bat in a different way.

It was a long, long batting line up and we just tried to get 20 wickets as quickly as possible!

Matthew Hoggard on *that innings* at Trent Bridge in 2005Ashes, Cricket