Last week, we delved into our very own Gareth “Cooch” Chilcott’s memories of playing the Welsh in (what was) the Five Nations. He touched on the fierce rivalry between the two nations, friendships he built and the infamous “Battle of Cardiff” game in 1987. If you missed it, you can read it HERE.

This week our attention turns to Ireland, one of the most highly-anticipated games of the tournament every year. The 2021 Six Nations will be no different when England visit Dublin where Ireland will be desperate for revenge after defeats in the last three contests. You can be there in Dublin with us for what will be a great Craic!

We hope you enjoy! 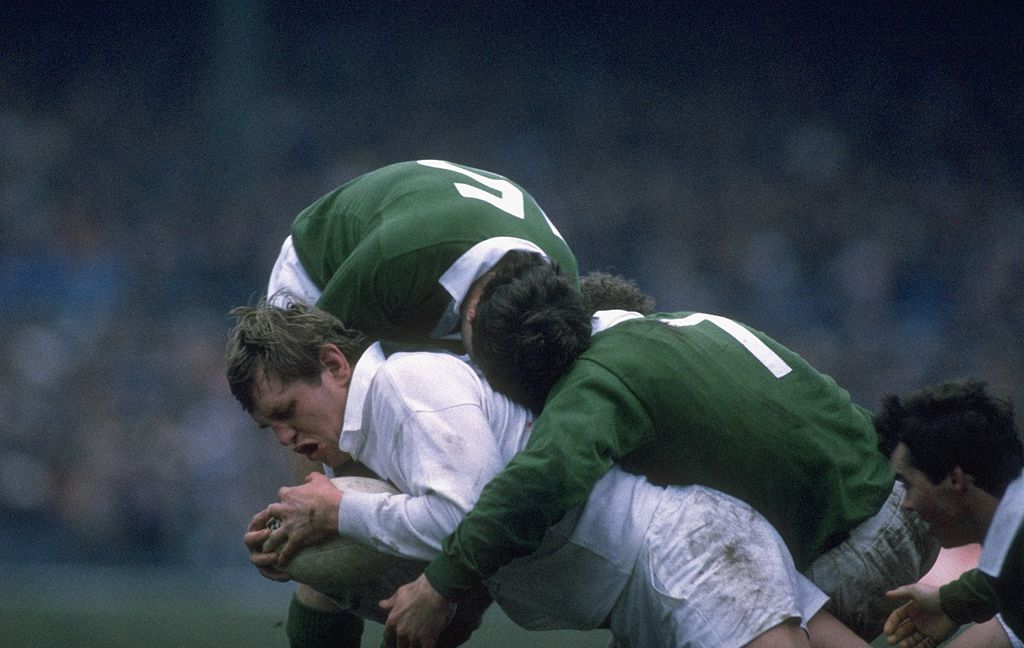 There have been many memorable games between these two great nations; John Pullin captaining a side over in Dublin during the troubles and England playing for the first time at Croke Park both need a big mention.

However, on a personal note it has to be England v Ireland at Twickenham in 1986.

England’s selectors finally decided to forgive me and put me back in the squad, after being banned along with Dooley, Dawe and Hill from the previous Wales game in Cardiff. It was a big game for me.

The build up to the match was very frustrating. The whole country was covered in snow and ice and the game was in real doubt. I couldn’t believe it!

This was a time before underground heating so Twickenham was covered in a two foot layer of straw with an announcement to be made on the Friday afternoon prior to the game.

Fortunately it was decided that the ground was playable under the straw, but there was now another big issue, how do we get the straw off the field?!

A urgent call went out on radio and television asking supporters to come and help get the straw off early Saturday morning where tea and bacon butties would be made available. They literally turned up in their hundreds and cleared it all on to the side of the pitch.

The game went ahead. It was strange with a four-foot wall of straw around the pitch with the only gap being where the tunnel was.

England won the game with two push over tries. I played on the loose head that day, and any front row forwards out there will understand the satisfaction of that.

It was also a huge day for a young No.8 from Leicester, a certain Dean Richards making his debut. It was brilliant to see my old mate scoring two in his first game. It certainly made a fantastic end to a worrying week. 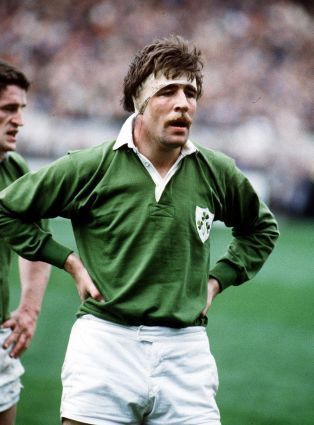 The Irish have turned out so many great players, there are too many to mention, but Willie John McBride, Fergus Slattery, Brian Odriscoll really stand out and I could go on and on.

That said, my favourite was a big second row from Cork called Donal Lenihan.

He was a hugely talented and a rock hard second row, but was also a fantastic captain and motivator.

I played against him, and also with him on the 89 Lions tour, and like so many we became great friends.

I recently bumped into him in a bar in Tokyo at the Rugby World Cup and enjoyed a couple of hours reminiscing. Nothing better for two old front five warriors!

A night out in Dublin, what more can anyone say? If you have never done it, come and join us next year, it’s one of the greatest cities, especially when the rugby is on!

Back in the dark days of the troubles, England teams had to be looked after by the Irish Garda. We had police and military personal protection in the England team, it became extra important that we were looked after.

This was a prize assignment for the Irish police! They genuinely used to draw lots to see which of them got it. There was always plenty of volunteers!

Thankfully there was never any trouble and they had a weekend at the rugby, watched the game and basically went out with us at night time,  I still keep in touch with a couple of them even after all these years, they are top blokes.

Q4. What are your best memories of Ireland?

Ireland was always the one place that, whether you won or lost, it did not seem long for you to get over it. The thing about Dublin is that everyone just mixes in, and with the Irish, who seem to enjoy life for what it is, there is no better place to be for a weekend of rugby whatever the result.

Rugby. Guinness, Fun, food and friendship, in great city. What more could you want?!

Roll on next season.